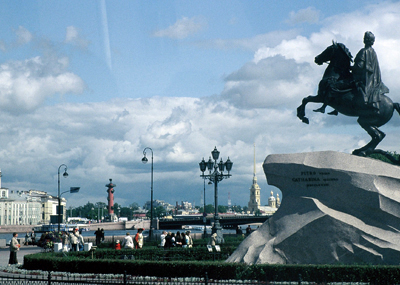 Founded in 1703 by Tsar Peter the Great as his new capital city and ‘window on the west’ St Petersburg – a UNESCO World Heritage Site has preserved its architectural splendour despite tumultuous events including the 1917 Russian Revolution and the WW2 Nazi siege of (then named) Leningrad.

The talk summarises the city’s early days, its subsequent history and takes a look at some of its splendid principal public buildings, museums, churches and palaces.