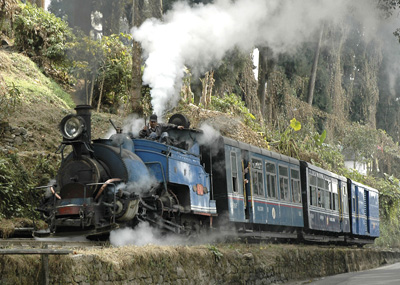 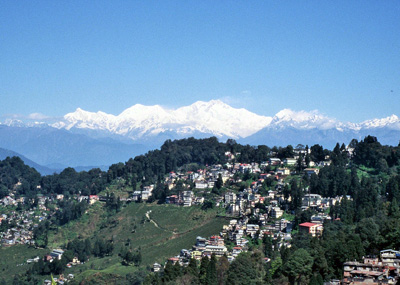 TOY TRAIN TO THE CLOUDS - THE DARJEELING HIMALAYAN RAILWAY

Climbing 7,000ft up through tea estates to the Raj-era hill station of Darjeeling, the Darjeeling Himalayan Railway is a triumph of civil engineering. Opened in 1881 it was designated a UNESCO World Heritage Site in 1999. Many of the trains are still hauled by the British-built steam locomotives dating back to 1892.

The talk starts in Calcutta, a vibrant city and former capital of British India until 1911. We then take the little narrow gauge train to Darjeeling, explore the heritage of the town and see the challenges involved in running this unusual railway.