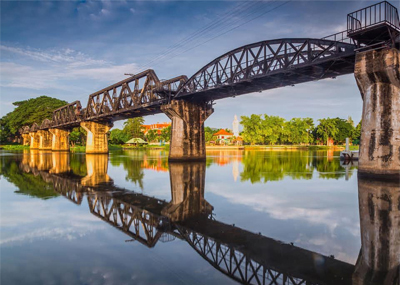 Built at huge human cost in WW2 by Allied POWs and forced Asian labour the 250 mile ‘Death Railway’ was immortalised (albeit controversially) by the award winning film ‘Bridge on the River Kwai’ in 1957.

The talk covers the story of the railway’s construction and examines the many differences between actual events and those portrayed in the famous film.